Cluster development in some of our Provinces 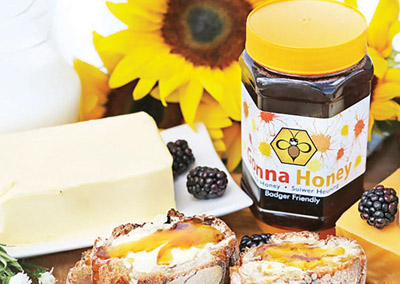 Friemersheim Honey Cluster in Mossel Bay
Friemersheim, a very small rural village, which is situated below the slopes of the Outeniqua Mountains. It has a fantastic scenery. The community in this beautiful village, however, is plagued by unemployment and resulting poverty. Different efforts have been made over the years to establish income generating projects but without success. In 2009 a group of people started talking about the possibility of farming with bees. Bees have always been a natural resource of this area. Some of the residents have always kept bees as a hobby. Now this group considered the possibility of taking this hobby to a commercial level. The Friemerheim cluster consists of six members of which four are male beekeepers and two are woman beekeepers. They started beekeeping in 2011 after NQF level 1 training in beekeeping from South Cape Collage. They established the Friemersheim Co-op later that year and trade their honey products under the name “Gonna Honey”. Gonna is the name the indigenous “Khoi people” named Friemersheim before the missionaries came.

You can look at their website at the following address: www.gonnahoney.co.za

Free State Poultry Farming Cluster
Free State Poultry Cluster is situated in Free State, Lejweleputswa District and consists of thirteen (13) cluster members that are farming with broilers, layers and poultry feeds. The aim of the cluster is to work together to complete the value chain of supplying poultry products in informal and formal markets of South Africa. 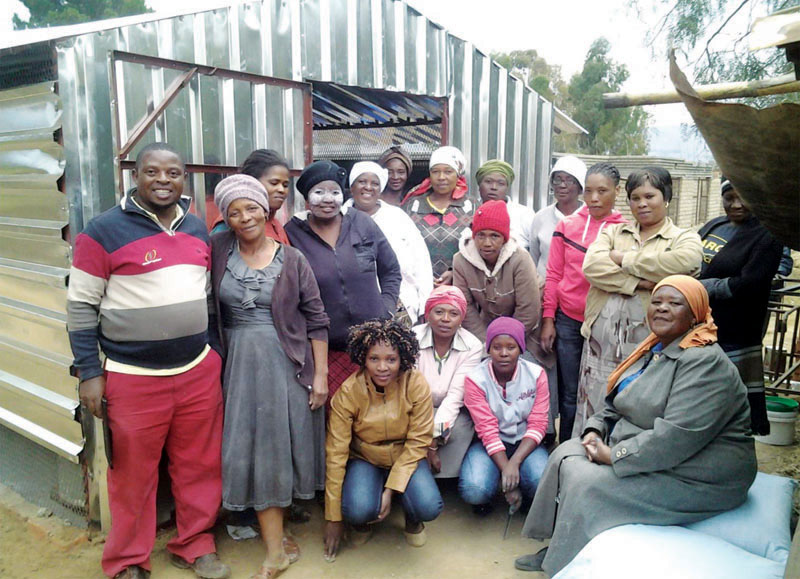 In order to maintain the viability of the cluster members, training in areas such as poultry production management, basic marketing and financial management, must be offered to all cluster members on continuous basis. Through the cluster all small scale poultry farmers must work together to collectively ensure the sustainability of their enterprises. The main activities of the cluster must be to produce fertile eggs, hatch fertile eggs, produce broilers, table eggs, feed and provide abattoir and administration services. This will assist the cluster members in purchasing inputs and selling the final product as a one unit. This will also assist in negotiating for discounts from suppliers and accessing bigger markets.

In the rural area of Qwa Qwa there are women who own a patch of land. They have been trying to farm with chickens but have failed due to the lack of skills and resources.


Free State Poultry Cluster have decided to recruit new members to be part of their cluster so that they can work together to grow their poultry businesses. 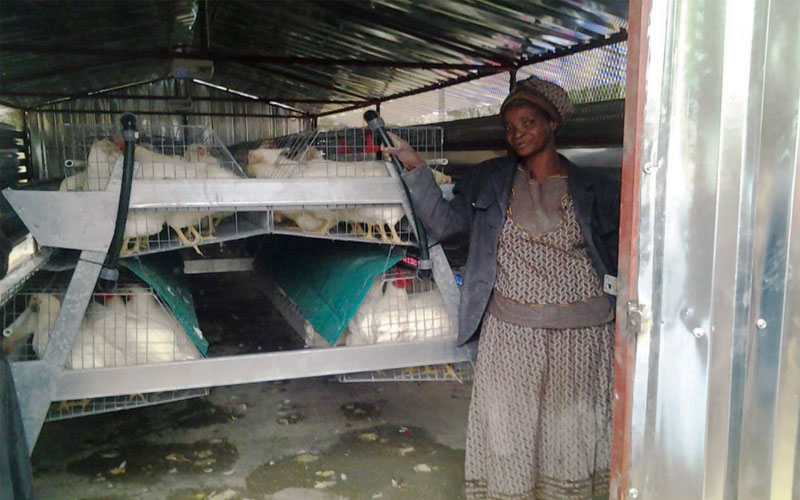 The amount of R64 000 has been invested by SAAA in the cluster specifically for building a complete layer house model for rural women.

After the building of the model house, over 200 women have shown interest in joining the cluster.

Grasp Cluster in Limpopo
The formation of the GRASP cluster was motivated by the need to empower emerging farmers, reduce production cost through resource sharing, lead the market, create jobs and alleviate poverty. The cluster originates from Limpopo province in Mopani district, under the jurisdiction of Ba-Phalaborwa Municipality. The cluster consists of 8 farmers which produce fruits, mainly mangoes and vegetables. The 8 farms are; Davon with 50ha, Moradu farming with 86ha (43ha arable), Ramoshaba with 15ha (4ha arable), Manganye with 21ha (10ha arable), Selwane farmers 76ha, Mashao 21ha (17ha arable) and Masia 8ha.

Their mission is to create a better financial status for the business partners, shareholders and staff. They are committed to ensuring success by investing in staff, maintaining profitability, and recognizing a socio-economic empowerment of people.

Jack Moradu, the Cluster Development Agent of the GRASP cluster worked as a project manager for Selwane Citrus under ARDC in 1984 until 2001, after retrenchment from ARDC he worked at Moerland Farm as a Farm Manager of Citrus and Mangoes in February 2002 until February 2008. In 2005 he decided to work on his own and approached Majeje Tribal authority for lease application. An agreement of leasing 252ha of portion 3 of the farm Prieska was reached; the lease was renewable after five years. The lease expired on the 2nd of February 2008. The farmer is now farming at Henley, farm portion 37/38/39/40, about 45km to Tzaneen town. The portion covers extend of 86ha in total (45.5ha arable land); of 5ha for vegetable production under drip irrigation and 26,51ha of Mango.

With the financial and management skills, labour relations act knowledge and other knowledge and skills acquired for the past 29 years, he will be able to manage and lead the cluster more effectively and efficiently. 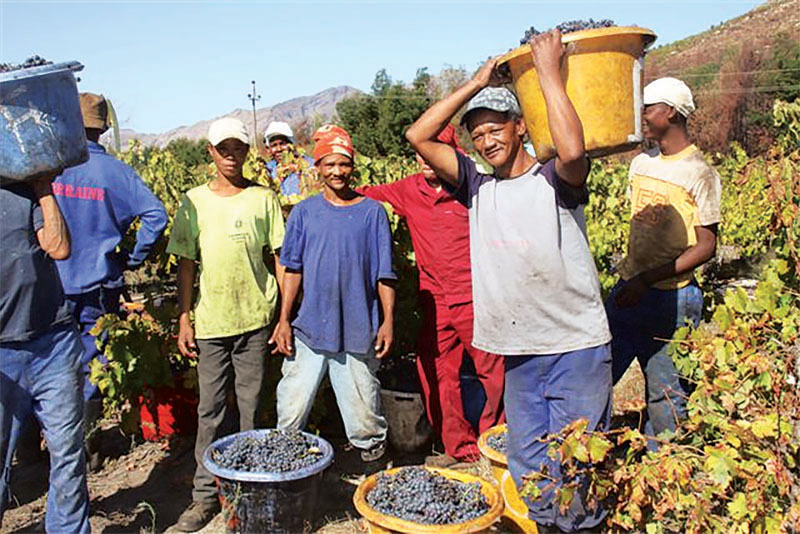 The Fairhills project was started in 2005 as an alliance between Du Toitskloof Wines, a cellar near Rawsonville to whom farmers in the area deliver their wine grapes, and Origin Wines, a company that markets and distributes wine internationally. The Fairhills Association consists of 932 people (farm workers and their families) on 13 commercial farms who deliver their wine grapes to Du Toitskloof Wines. It is a non-profit organisation. The 13 500 tonnes of grapes sold to Du Toitskloof annually are partly Fairtrade certified. That means that once the wines made of those grapes are sold internationally, the consumer pays a premium of 0,8 Euro/litre on that wine, which is paid back to the Fairhills Association within a short time span. The premium earned, is, however, too little to divide it directly among the farm workers. Therefore it is used collectively for social programmes which benefit the entire farm worker community.

This funding enables the Fairhills Association to embark on various projects that benefit the farm worker community directly. The Association is managed by 32 farm worker representatives and one representative respectively from Du Toitskloof Wines and Origin Wines. This is the biggest Fairtrade-related project in the world. The second biggest where wine grapes are involved, is in Argentina. Du Toitskloof Wines will now also start marketing its own wine through the Fairtrade scheme and those premiums paid by the consumer, will also flow back to benefit the Fairhills Association. The projects on which the Fairhills Association embarked to benefit the farm workers on the wine farms, include: 3 crèches for pre-school children, day-care facilities for 170 learners, a library, a school bus service, bursaries for tertiary education, weekly medical check-ups for the pre-school children, annual medical evaluations and eye tests for the farm workers, service delivery by a social worker to the farm worker community as well as youth, women and sport clubs.

Ericaville farming Cluster in Plettenberg bay
The Ericaville Farming Trust was established in 2000 with 84 founder members. Government funding enabled them to buy a 40 hector piece of virgin land outside Plettenberg bay. After market research had been done it was desided to farm with Honeybush tea. The first five hectors where planted in 2001 and there was big excitement with the first harvest in 2002, when yield was 80 % more than experts prodivted. This excitement was short lived after the income from the harvest where not what they thought it would be. They expended the plantations to raise the income up to 2005 but it was still not satifatory.

In 2006 they were introduce to the Fair Trade system, and started doing value adding. During 2006 they also got introduced to SAAA and attended their first Market Development Training. Late 2006 the first Ericaville Honeybush was exported to Germany. Since 2007 Organic and Fair Trade certification has been obtained, and the client base grow to 8 permanent cutomers in Germany, France, Italy, Astria, Belgium and USA. Exports amount to between 27 and 32 tons annually. The local market has also been developed with their own Ericaville brands. Ice tea as well as Honeybush Espresso has been developed as by-products from the thick Honeybush stems. 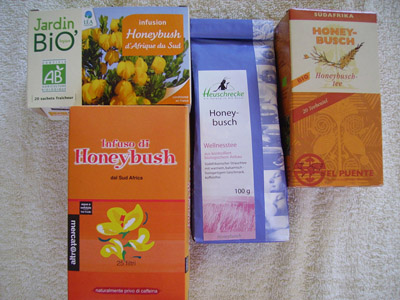 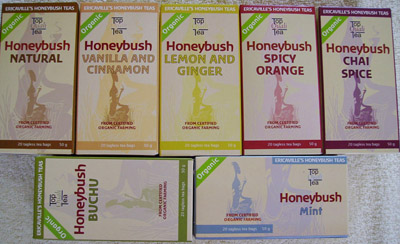 Very limited commercial farming currently takes place in Bushbuckridge, and the agricultural sector does not contribute much into the municipality’s gross domestic product (“GDP”). However, this sector has a great employment-creation potential. A large number of households farm for subsistence purposes or rely on small-scale farming to make a decent living. Some factors that hinder progress in this sector are limited access to water, on-going land claims and inadequate land management. Most of the small-scale farmers do not have adequate skills, capital and equipment to farm on a commercial scale. 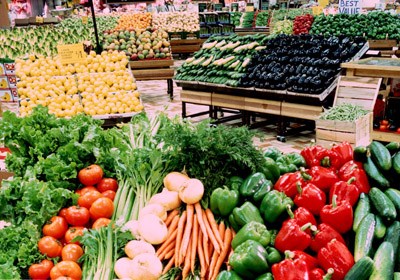 She is a farmer in the Local Bushbuckridge Municipality, farming mainly in cash crops such as cabbage, beetroot, onion, green beans etc. In 2011 they registered Ploughs and Feathers Agricultural co-operative with the intention of engaging in poultry production (layers) as well as growing vegetables.

Due to certain challenges, they could only start farming in 2012 whereby they started growing vegetables on approximately 5ha. The vegetables they produce are mainly sold to local markets and school nutritional programs.

The Cluster consists of one cooperative and 5 individual farmer. They grow butternuts, chillies, garlic , watermelon and green peppers.